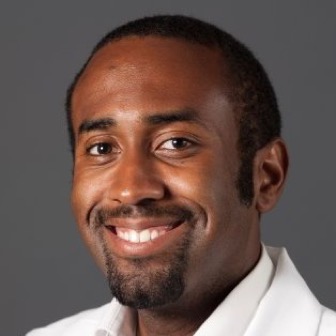 Jamie McBean has always been interested in science. In fact, at his kindergarten graduation in Albany, New York, he announced to the audience that he wanted to be a scientist when he grew up.

When Jamie visited Weill Cornell Graduate School of Medical Sciences (WCGS) in 2008, he was greeted by an institution full of people who were not only performing cutting-edge research, but who were also genuinely happy and excited to be there doing it. “I wanted to be part of this vibrant community and be at a graduate school that was so passionate about science,” he said.

At Weill Cornell, Jamie researched substrate profiles of the protein lysine methyltransferases in both healthy and cancerous cells. He graduated in 2014 with a PhD in Pharmacology.

Jamie is now a strategic planning director at Area 23, a healthcare marketing agency in New York City. In his free time, he likes to run, play volleyball, read and listen to sports podcasts.

What are your favorite memories of your time here as a graduate student?

Being a part of the Graduate Student Executive Council (GSEC) provided some great memories over the years.

Do you have any advice for graduate students who want to pursue a non-traditional science career?

My advice would be to keep an open mind, and to always be open to new possibilities. You’ll never know who you’ll meet, what talk you’ll have the opportunity to sit in on, or who’ll be sitting next to you in a seminar. Be open and be ready.

What is your current position? Also, please describe a typical day at work.

I work at a healthcare marketing agency called Area23 and I am a strategic planning director. I spend a typical day working with our internal teams and our clients to make sure our scientific work is based in the right brand strategy. This is usually done through a mixture of in-person meetings, phone calls and check-ins with the internal team throughout the day.

How did WCGS prepare you for this position?

At Weill Cornell, I learned how to take difficult scientific concepts and distill them into elements that various audiences can understand. I was also able to hone my presentation and explanation skills throughout my years there, which help me greatly in my everyday work.

Do you have any words to share with today’s Graduate School students?

Enjoy your time at WCGS. Make the most of it, and make it last.