When Dr. Sri Palanisamy (MD ’20) graduated from Weill Cornell Medicine in the midst of the COVID-19 pandemic, he, along with other recent graduates, worked virtually to assist in the community.

“New York City was the epicenter of the epicenter,” says Dr. Palanisamy. “At that time, there were a lot of different roles for students, such as data gathering and data reporting. Weill Cornell Medicine did a great job of protecting its students, by utilizing students in various ways that weren’t on the front lines. As they told us, we have plenty of years to be a doctor, and they wanted to protect us to make sure we didn’t get sick.”

Dr. Palanisamy celebrated both Match Day and Commencement virtually in the spring of 2020, and soon after Commencement, he traveled across the country to start his internal medicine residency at Stanford Health Care in California. There, he has been on the front lines, working the night shift in tandem with Emergency Department colleagues to treat severely ill COVID-19 patients.

“I went from being a fourth-year medical student to the very definition of a front-line worker in just a few months,” says Dr. Palanisamy. “Even though I’m juggling the challenges of being a new doctor, along with the pandemic, I feel very ready. After four great years at Weill Cornell Medicine with so many mentors, support and skills-building that lead me to this point.” 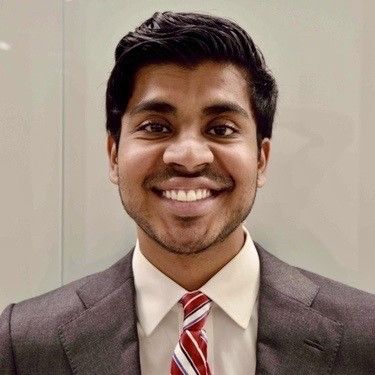 Shortly after graduating, a portion of Dr. Palanisamy’s student work was published in Nature Medicine, a significant achievement for a physician-researcher at the onset of his career. The study, “Brown adipose tissue is associated with cardiometabolic health,” highlights the positive effects of brown fat—a heat-generating tissue predominantly found in babies—on adult humans. Unlike traditional fat tissue, brown fat is a calorie-burning tissue and by studying its mechanisms and possible benefits, they hope to illuminate and address obesity and its related illnesses.

“This study was a true collaboration,” says Dr. Palanisamy. Researchers from Weill Cornell Medicine, Memorial Sloan Kettering Cancer Center and The Rockefeller University were all represented.

By utilizing Memorial Sloan Kettering’s database and repository of PET scans, which are the gold standard to review brown fat, the researchers were able to study 130,000 scans from approximately 50,000 people over a span of nearly a decade. By separating those who had brown fat from those who had none, the investigators came up with a group of about 5,000 people to study–one of the largest groups ever to be studied on the topic of brown fat.

“What we noticed was pretty striking,” says Dr. Palanisamy. “We were able to establish that patients with brown fat were less likely to have diabetes, heart disease, high blood pressure and heart failure. The most noticeable health benefits were in folks with overweight or obese BMI levels – they carried extra weight but they were metabolically healthy.”

Looking ahead, Dr. Palanisamy and his peers want to find additional clues as to how brown fat is developed and why it can be beneficial.

The initial work of this study was from Dr. Palanisamy’s Areas of Concentration (AOC) program, a major part of the medical school curriculum that provides students with six months of dedicated time to conduct a scholarly project under direction of a faculty mentor.

Dr. Palanisamy says the skills he gained from the AOC program are invaluable. “It’s important to gain some of these skills early—contacting a mentor, establishing a project, the ability to not only do research but to understand statistics, and how to communicate your work effectively, even if you’re not going into a research field. Physicians are often asked to wear many hats, including as researchers and academic scholars.”

“Weill Cornell really strives to create doctors who are going to be leaders, whether it’s being an excellent clinician, creating something in the tech side of things, or becoming an educator or a researcher,” says Dr. Palanisamy. “The school wants you to take an active role in shaping the direction of medicine.”